George Heriot learned the art of topographic painting while a cadet at the Royal Military Academy, Woolwich, England. He arrived in North America as a civilian employee in the paymaster’s department of the British army and became Deputy Postmaster-general of British North America in 1800. For the next sixteen years, until he returned to England, Heriot traveled extensively, inspecting post offices from the Atlantic to the western frontier at Niagara. For recreation, he painted topographical views of the sights and scenery he encountered and wrote accounts of the country illustrated with prints of his paintings. One such account was Travels Through the Canadas, published in 1807.George Heriot is one of a number of British colonial administrators who, while stationed in Canada, produced topographical views of great aesthetic as well as documentary value. Heriot was born in Scotland and studied at the Royal High School in Edinburgh from 1769-1774. In 1781 he enrolled in the Royal Military Academy where he studied under Paul Sandby. Heriot’s approach to topography was influenced by the growing appeal of the cult of the picturesque. In the 1800s, as demonstrated by View from Partridge Island in the Bay of Fundy, Heriot’s landscapes were assured, linear and simplified in quality, emphasizing essential forms over specific details. 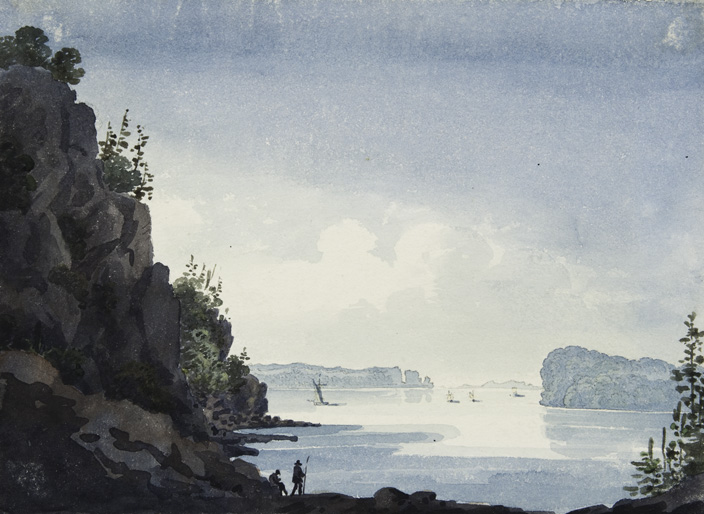