Jan Fyt trained as a painter of hunting subjects. He later became one of the few Flemings to take up the Italianate rural genre tradition pioneered by Pieter van Laer (1599-after 1642) and his followers, the Bamboccianti. Applying their gritty realism, Fyt has imbued these two scenes with restrained Baroque emotionality, retaining a classical calm. Studying canine behaviour closely, he conjured a tension between the two snarling hounds in the more focused of the two prints. In the other print, by contrast, the dogs are engulfed by the dilapidated ruins they occupy. 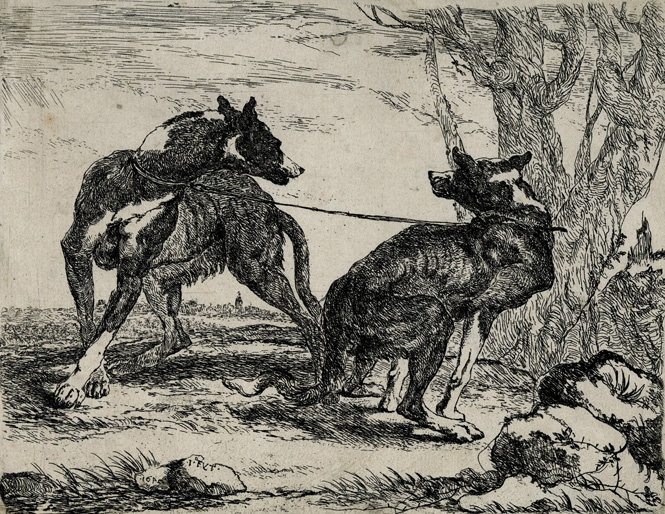