The British tradition of painting topographical views can be traced to Imperial expansion and the necessity, both practical and strategic, of having accurate images of distant lands. In the nineteenth century, the practice expanded with the general public taking up an interest in views reproduced in travel books. In turn, many British subjects drew and painted topographical landscapes as a hobby. Amateur artists are responsible for some of the most valued visual records of early Canadian settlement.It was customary for affluent ‘gentlewomen’ in Britain and Europe to receive instruction in drawing and watercolour painting. One such was Elizabeth Hale, sister of William Pitt, Earl of Amherst. In 1798, she married John Hale, and came to Lower Canada to live at his seigneury at Sainte-Anne-de-la-Pérade. She painted topographical views of Lower Canada in the vicinity of Quebec. Her husband participated in the British administration at Quebec in a number of posts, including Paymaster-general of British forces in Canada and Receiver-general of Canada. 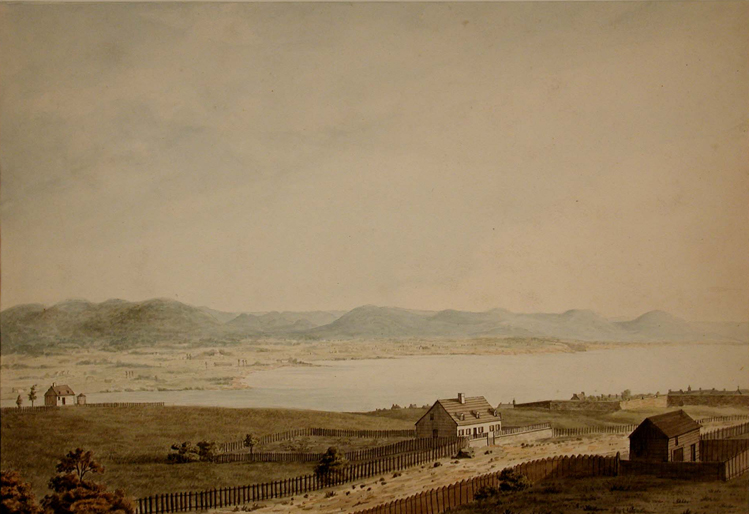