As his moniker suggests, Zeeman (“seaman”) was a sailor; he adopted artistic pursuits, producing prints and paintings of the sea and waterways. His topographically accurate Views in Amsterdam emphasizes this city’s dependence on water for transportation and trade. Saint Anthony’s Market with the Weigh House, which can still be seen today, portrays the relationship between the sea and the industrial urban landscape. A similar sentiment in The Naerder Crossing alludes to the everyday activities of trade through canals linking Amsterdam to inland towns and cities. 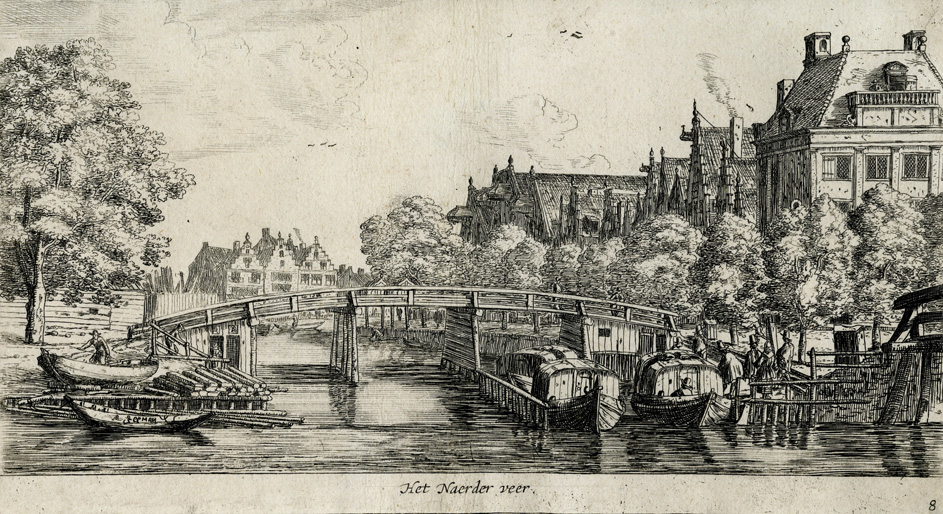