By 1823, when he executed this lithograph, Géricault was gravely ill; he would die several months later, aged only 33. In his short career he had produced relatively little (his great Raft of the Medusa had taken almost three years to complete), yet the powerful expressiveness and sheer audacity of this young painter’s work reinvigorated French art and heralded the age of Romanticism. Lithography was still a new and somewhat untested medium in Géricault’s day, used mostly for newspaper illustration; by embracing the process for artistic purposes he demonstrated the same passion for innovation that characterizes his paintings. This is one in a suite of lithographed images depicting working horses, be they farm animals, military steeds, or as in this image, beasts of burden doomed to hauling over-laden carts in the city. The last image in the series represents the bloated body of a dead animal. 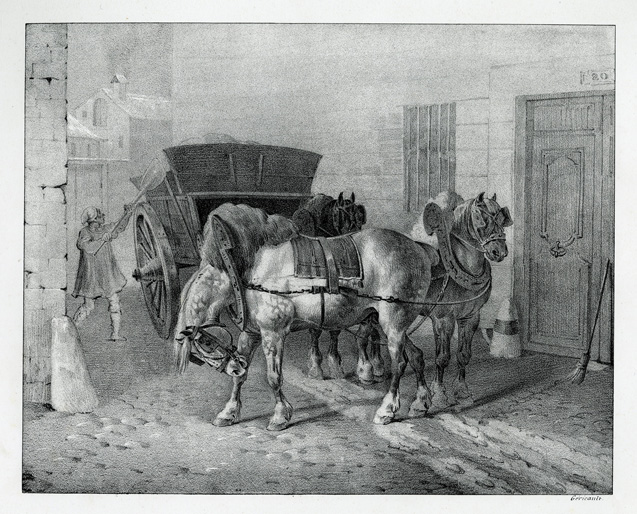