Jacob van Ruisdael ranks as one of the finest Dutch landscape painters of the seventeenth century. He likely first studied with his father, Isaac, a framemaker, and his uncle, the painter Salomon van Ruisdael. He entered the guild of St. Luke in Haarlem in 1648, and in 1657 moved to Amsterdam where he stayed until his death. Ruisdael was also an accomplished printmaker, imbuing his etchings with the naturalism of his painted works. Etchings by Jacob van Ruisdael are uncommon and only thirteen known prints by the artist are known to exist, some only in a single impression. The Cottage on a Hill is one of a set of four landscape prints that date from 1650-1653. These demonstrate the artist’s ability to capture the contrasts of light and shade and his mastery in the depiction of massive, gnarled trees. This is the second state of the print and contains details, such as the clouds and sky, added at a later date by another hand. 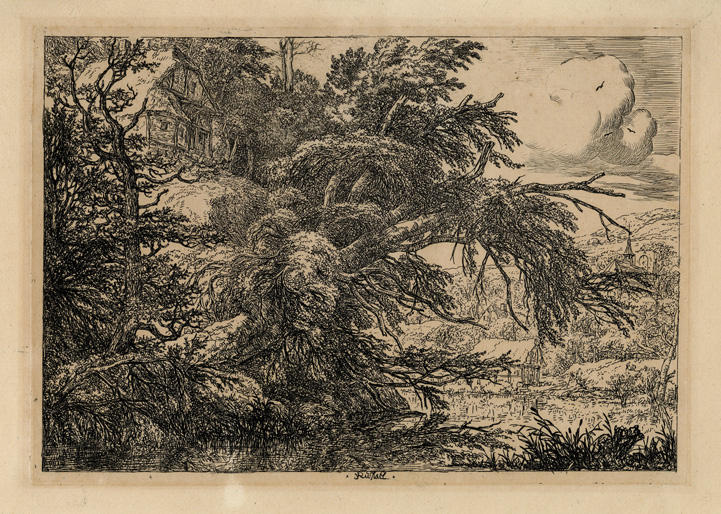