The son a French father and English mother, Cross anglicized his name to avoid confusion with his celebrated namesake Eugène Delacroix. In 1884, following training in Lille and Paris, he helped found the Société des Artistes Indépendants, through which he met many of the Neo-Impressionist painters. By the early 1890s he began assimilating their aesthetic into his work, and was particularly influenced by the Pointillist Signac, his neighbour and friend in St. Tropez, where he had moved in 1891. Plagued by poor health, Cross produced relatively little; The Champs-Elysées, Paris is one of his only two colour lithographs, and depicts an idyllic scene of a nursemaid and her charge seated on the grass and looking out towards the procession of people, carriages and horses along Paris’s most fashionable boulevard. Given Cross’s leftist sentiments, the image might be read as a celebration of the social harmony that would prevail in the kind of utopian world in which Cross fervently believed. 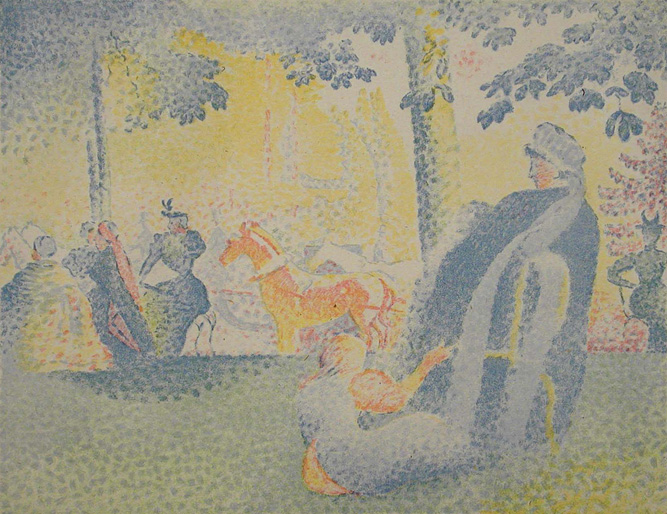