Robert Wakeham Pilot, stepson of Maurice Cullen, was born in St John’s, Newfoundland and moved to Montreal in 1911. He received training under William Brymner at the Art Association of Montreal. Pilot traveled to Europe in 1920, studying at the Académie Julian in Paris and sketching in Concarneau. He served in the Canadian Army in both World War I and World War II. Pilot is known primarily for his landscape paintings and sketches of the countryside of Quebec. His works are characterized by a vibrant use of colour and a sensitivity to tonal effects. St. George’s Cathedral likely dates from 1952, and is very similar in composition to a work Pilot completed for the House of Seagram’s commission of paintings of Canadian cities. 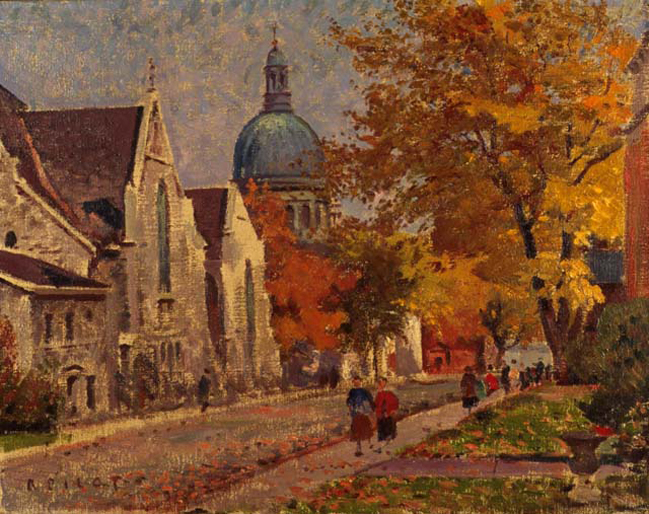