Wednesday 10 August
20°C and Scattered Clouds
Agnes will open at 10:00 am today.

Walter Phillips achieved international recognition for his contribution to the field of printmaking, and was particularly admired for his mastery of the technique of the colour wood cut. Phillips was born in Barton-on-Humber in Lincolnshire and completed his education at Bourne College. In 1903, with the thought of earning enough money to study art formally, he traveled to South Africa, but returned scarcely better off than he had left. In 1910 he assumed the post of Art Master at Bishop Wordsworth School in Salisbury and in 1913 decided to immigrate to Canada with his wife and young son. The Phillips’ settled in Winnipeg, where they spent the next three decades. Walter Phillips learned the technique of engraving from an English artist named Cyril Barraud, but was soon dissatisfied with working only in black and white. He produced his first colour wood cut in 1917, perfecting his technique following a visit to England in 1924. In 1926 he wrote “The Technique of the Colour Wood Cut”. Phillips is known for his landscape prints of Western Canada, as well as for the watercolours which formed an essential part of his practice. 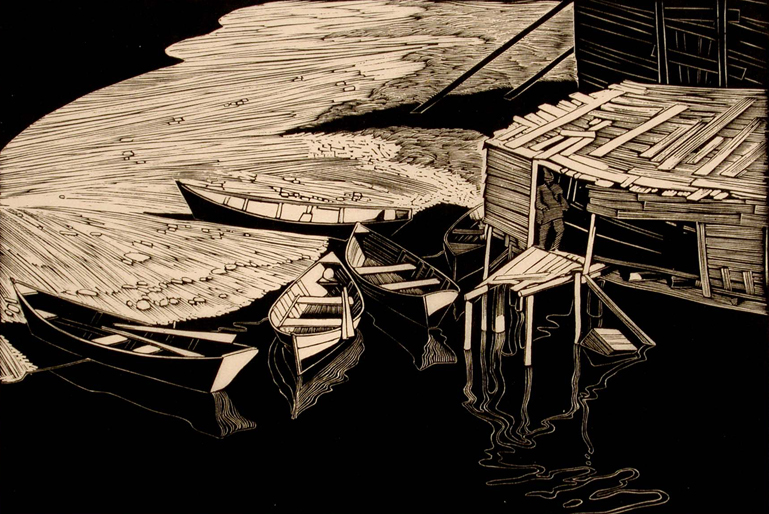