Known as one of the great portraitists of the early 20th century, Augustus John was also an outstanding draftsman and etcher. John entered the Slade School of Art in 1894 and won the School Prize there in 1898. His career can be divided into several distinct periods of fruitful activity, during the first of which he served as Drawing Master at Liverpool University. He is thought to have produced his first etching there in 1901. The medium was particularly suited to John’s skills and his interest in the expressive possibilities of line, light and shade. He is known to have produced at least ten self-portrait etchings, of which this is an early example. John’s etching style, particularly his emphasis on tonal contrasts, is indebted to Rembrandt. 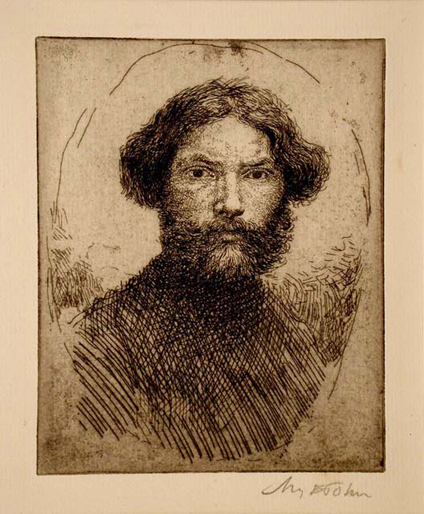