Tuesday 29 November
2°C and Broken Clouds
Agnes will open Wednesday at 10:00 am.

A British military officer, Farrell was posted in Kingston in the 1850s when he painted this view of the John Solomon Cartwright family’s summer villa just west of Portsmouth. Farrell was commissioned as a Lieutenant in the Corps of Royal Engineers in 1846 and eventually rose to the rank of major. Farrell and his two sisters, who were living with him in Kingston, were close friends of the Cartwrights and the painting may have been a gift. A note on the back states that he later married Emily Jarvis of Toronto.The painting was made on a prepared paper that had the sky and general background already applied to the sheet. Farrell inserted the details of the scene. This is an early example of manufacturers assisting amateurs to achieve satisfactory artistic results. 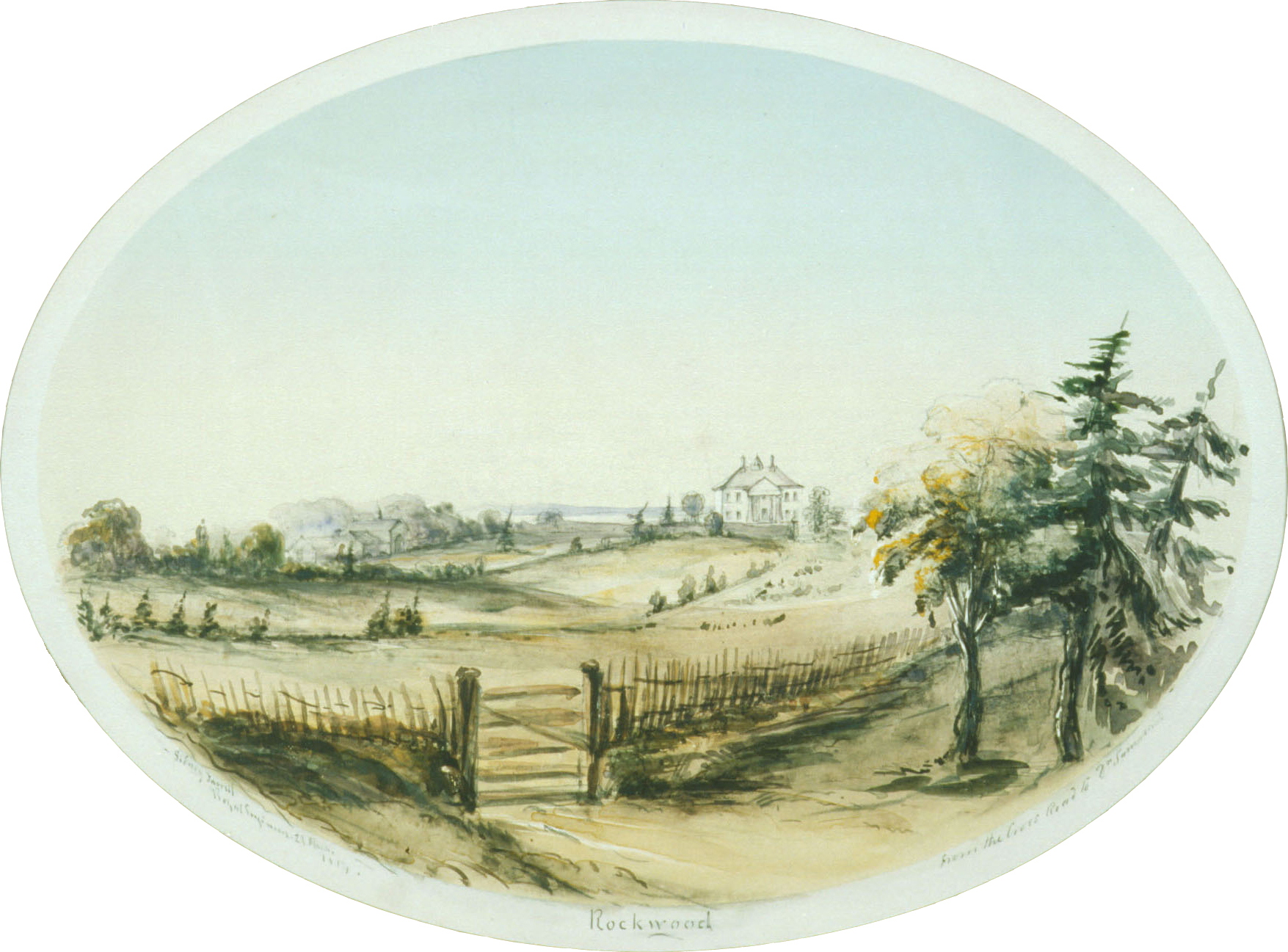