Edward Lear is known both as an artist and as an author of nonsense poems and limericks. He began his career as an illustrator of books on ornithology and natural history, studying art formally at the Royal Academy Schools for a brief period in 1850. Lear travelled extensively and from 1837 lived for the most part abroad. In 1841 he published Rome and Its Environments illustrated with a series of lithographs produced from sketches made during an extended stay in Italy. The influence of Lear’s early experience as an illustrator can be seen in the naturalism and precise detail of this view, one of the prints produced for that publication. It is additionally significant for us, as it is part of a complete set given by Lear to his longtime friend, artist Daniel Fowler, who lived on Amherst Island near Kingston. 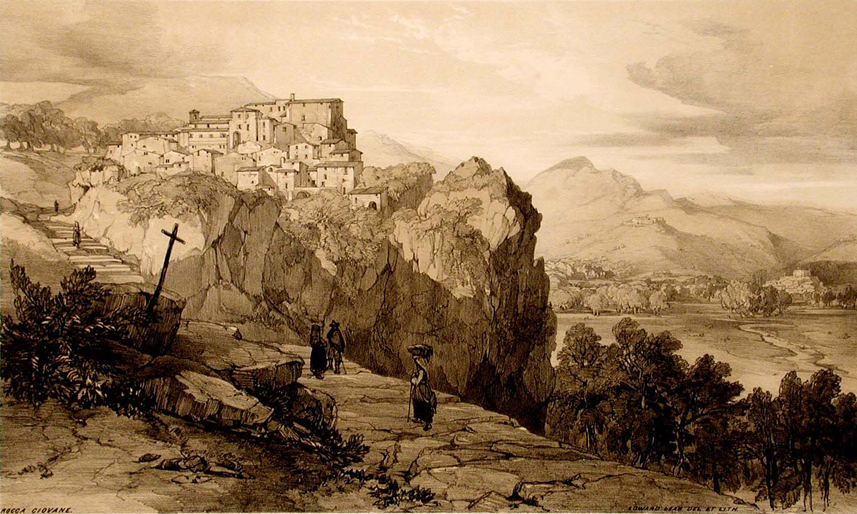