FitzGerald’s still lifes are characterized by a remarkable precision and emphasis on the building up of form. Though he was one of the last members of the Group of Seven, joining in 1932 following the death of J.E.H. MacDonald, Lionel Lemoine FitzGerald’s work does not emphasize the depiction of landscape. He was absorbed by the structure of compositions as they are formed by the artist on a flat surface.FitzGerald spent most of his life in Winnipeg, painting subject matter close to home. He received his early training by studying nights with painter A.S. Keszthelyi and began exhibiting with the Royal Canadian Academy in 1912. From 1921-1922 he studied at the Art Students’ League in New York under Kenneth Hayes Miller and Boardman Robinson. FitzGerald worked closely with other artists in Winnipeg, including Frank Johnston (principal of the Winnipeg School of Art from 1921-1924), Fritz Brandtner and Bertram Brooker. Around 1950, FitzGerald began experimenting with non-representational painting, producing several abstract compositions before his death. 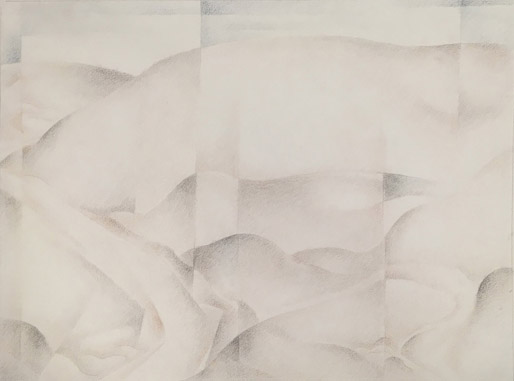