William George Richardson Hind was born in Nottingham, England and immigrated to Canada in 1851. He taught drawing at the Toronto Normal School until 1857. Virtually nothing is known of his artistic training in England. In 1861, Hind was made official artist of an exploration party to Labrador led by his brother Henry Youle Hind. Perpendicular Rocks on the Moisie dates from this period in Hind’s career. Although it can be associated with a topographical tradition of landscape painting, this work is dynamic in composition and demonstrates a sensitivity to the treatment of atmospheric effects. Hind exhibited very little of his work during his lifetime and was a little known figure. He is now recognized as one of several English immigrant artists in the nineteenth century who made a significant contribution to Canadian landscape painting. 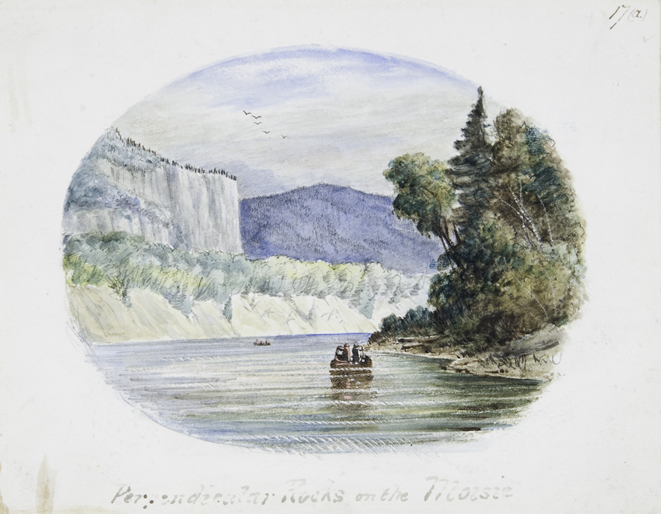