Although a professional painter who had worked successfully in Europe and Britain, Berczy arrived in Canada in 1794 at the head of a British commercial scheme to settle German farmers north of York (now Toronto). The province was as yet wilderness and the Germans cleared Yonge Street northward to their forest-covered settlement lands at Markham. The scheme was a financial disaster for Berczy and he departed York for Montreal in 1805. There he returned to painting, producing portraits and miniatures of great quality. This small sketch dates to the year of Berczy’s arrival in Canada and depicts the newly-founded town of Newark (now Niagara-on-the-Lake). The “Valaces Tavern” of the inscription was likely Wallace’s Tavern, which stood near the house of William Jarvis, provincial secretary of Upper Canada, whom Berczy likely knew through his settlement venture.William Berczy was born in Wallerstein, now a part of Bavaria, and was raised in Vienna. From 1762-1766 he studied at the Hof-Academie in Vienna, where he received his only formal art education. In 1766 he began training for a career in diplomacy and for the next several years was actively engaged in diplomatic assignments. Around 1780, Berczy attempted to establish himself as a professional artist, and spent ten years in Switzerland and Florence working as an art dealer and portraitist. In 1791 he undertook to recruit German settlers for colonization in New York State. When the project collapsed, Berczy moved the colonists to Upper Canada and attempted to establish a settlement at York, then at Markham. Berczy eventually moved to Montreal where he painted several important works, including the well-known group portrait The Woolsey Family (National Gallery of Canada). 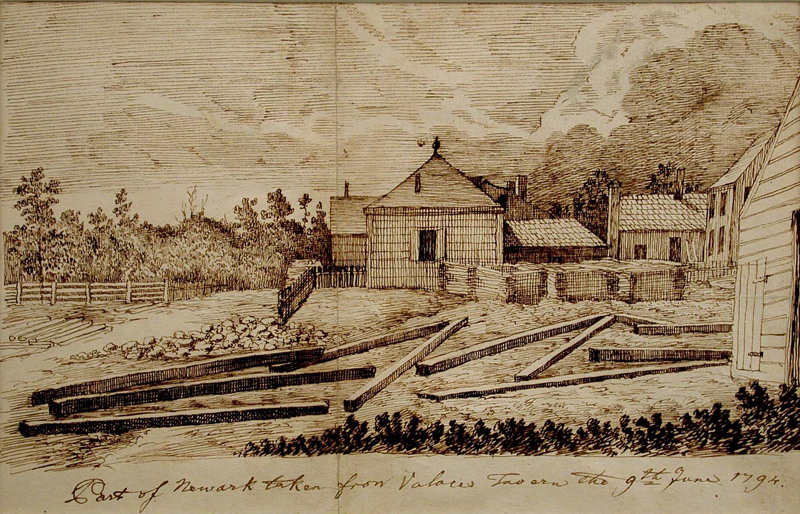