“The turning point of my career as an artist came in 1919 when I visited Toronto and saw the historic first exhibition of the Group of Seven. I returned to Winnipeg determined to develop the creative side of my career.” (Charles Comfort, Interview in Saturday Night, 1949)As a youth, Charles Comfort apprenticed as a commercial artist in Winnipeg. His discovery of the Group of Seven in 1919 was enriched by the arrival in Winnipeg of Group member Frank Johnston who became head of the Winnipeg Gallery and School of Art. Comfort’s early paintings reflect this influence, although gradually he found his own distinctive expression. He studied at the Art Students’ League with Robert Henri and Euphrasius Allen Tucker. “Orchard in Albion” demonstrates the visual language he developed based on broad geometric areas of vivid colour. Charles Comfort served as director of the National Gallery of Canada from 1960 to 1965. 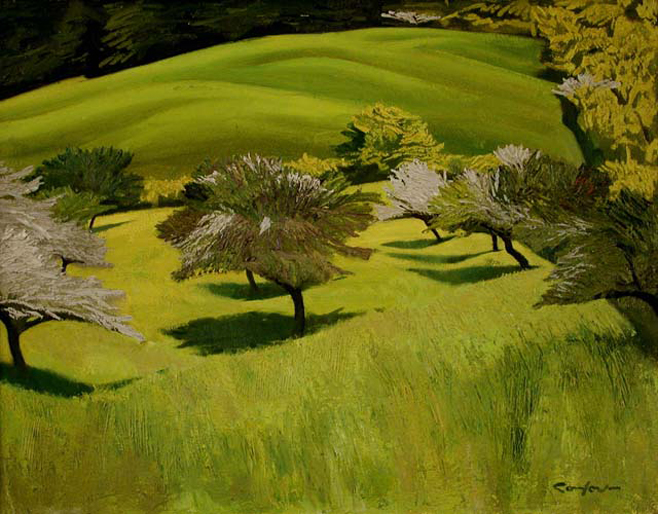