John Constable’s growing reputation as England’s foremost landscape painter soon spread to the continent when, in 1824, his celebrated Hay Wain created a sensation at Paris’s Salon exhibition, and his work was embraced by the emerging generation of Romantics. In 1829, the year he was elected Royal Academician, he formulated plans for a series of mezzotints by the engraver David Lucas after his paintings, published in five parts of four prints each as English Landscape Scenery between May 1830 and July 1832. His goal was surely financial, but no less to extend the audience for his work. The results – like this print – are among the greatest examples of partnership between painter and printmaker: the mezzotint, with its great capacity for soft, velvety textures and subtle contrasts, was ideally suited as a medium to interpret Constable’s gentle celebrations of England’s Suffolk countryside. And Lucas was a sensitive collaborator, revising the plates repeatedly to Constable’s instructions. 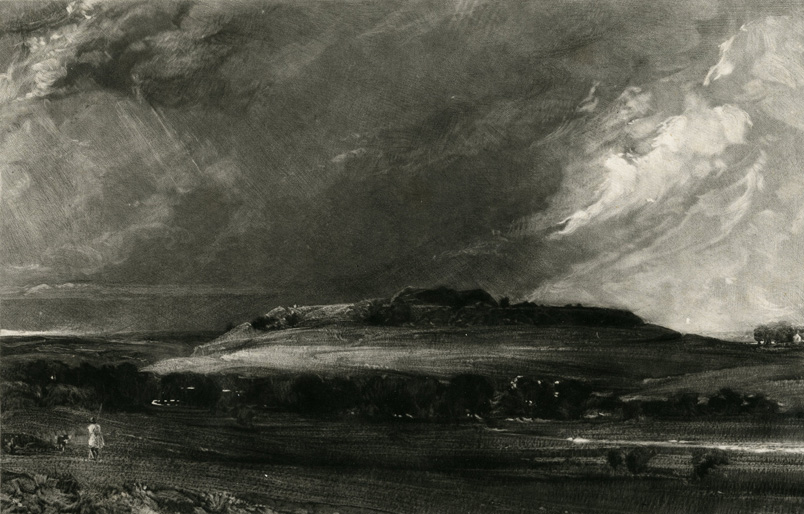