Carl Schaefer taught at the Queen’s Summer School of Fine Arts each summer from 1946 to 1950. While in Kingston, he produced a bleak series of works on the theme of incarceration, focusing on the federal penitentiary and on Fort Henry, which had been used as an internment centre during World War II. Schaefer had served overseas as a war artist and these post-war images reflect his pessimistic view of the human condition. 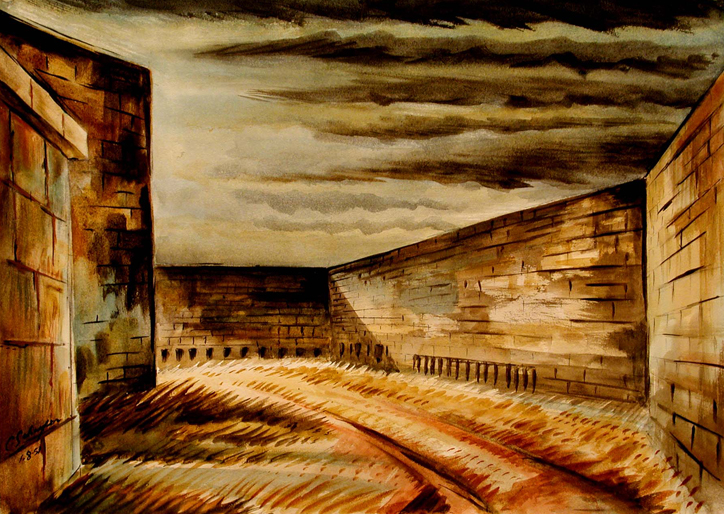