Anne Savage’s work is characterized by a bold use of colour and simplification of form. Her subject matter, as seen in Le Petit Jardin, Sandy Beach, Métis, was often drawn from the Laurentians, where she spent much of her childhood and later built a studio.Savage was born in Montreal and enjoyed a comfortable upbringing that included summers at the family cottage at Lake Womish and art studies at the Art Association of Montreal under William Brymner. She was a member of the Beaver Hall group of painters, formed in 1920. Her circle included painters such as A.Y. Jackson, Sarah Robertson, Lilias Torrance-Newton and Prudence Heward, all of whom achieved distinction. Savage undertook a long career as a high school art teacher, finishing as the supervisor of art for the Protestant School Board of Montreal. 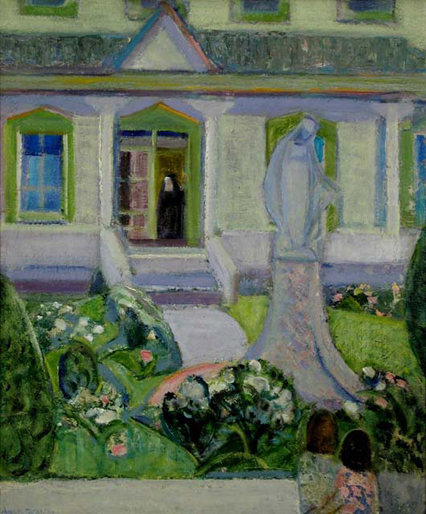