John Dryden (1631–1700) made a career as a translator, dramatist, playwright, poet and semi-official laureate supporting the Stuart and Anglican cause. He was the leading literary figure of his time, and accordingly, the later Stuart period is sometimes labeled the “Age of Dryden.” Although Dryden held an eminent position, this portrait is rather simple. However, the simplicity allows the viewer to focus on the face of the sitter, and the values of intrinsic virtue, intellect and ingenuity of the portrayed individual._ 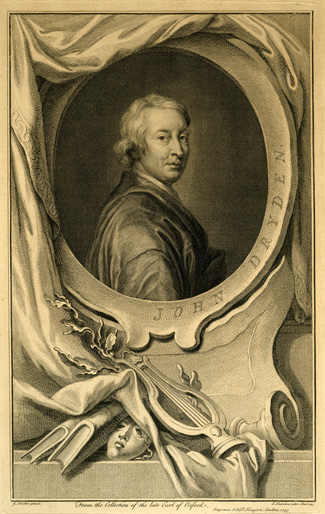