Marmaduke Matthews was born in Barcheston, Warwickshire, England and received his artistic training from T.M. Richardson, an Oxford watercolourist. Like many Canadian artists of his generation, Matthews immigrated to Canada in the 1860s and was involved in the birth of the Ontario Society of Artists (1872) and the Royal Canadian Academy (1880). He served as secretary of both organizations. Matthews painted portraits and landscapes, primarily in watercolour, and was among the many artists to travel by rail to the Rocky Mountains in the late 1880s. In 1874, he purchased property in Toronto, which he named Wychwood Park, after Wychwood forest, which bordered his home in Oxfordshire. In 1891, Matthews turned Wychwood Park into a co-operative artists’ community that included well-known painters such as George and Mary Reid. In Wychwood Park demonstrates his vigorous brushwork and his meticulous approach to detail. 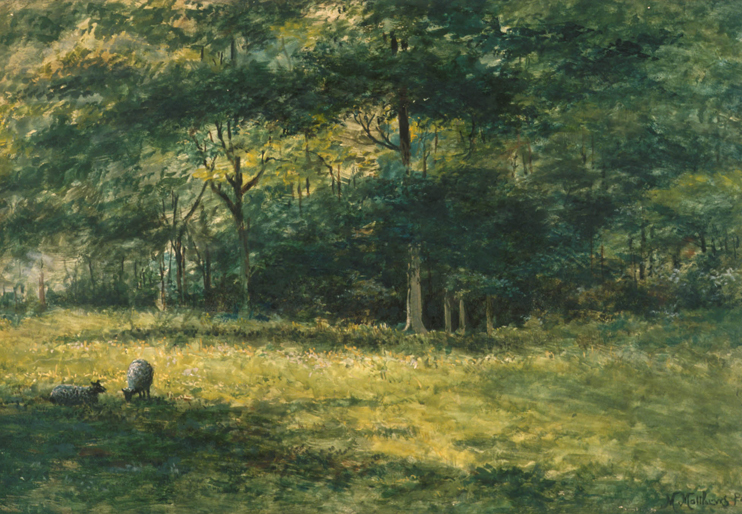