The British landscape painter Paul Sandby had a far-reaching influence on early Canadian art. As drawing master of the Royal Military Academy at Woolwich from 1768-1796, Sandby taught many of the young men who, later garrisoned in North America, would serve as topographical artists and whose Canadian views are among the earliest visual records of the landscape. George Heriot and James Patterson Cockburn are among his notable pupils. Sandby was born in Nottingham and worked closely with his brother Thomas, a fellow artist who was employed as a draftsman and engineer by the Duke of Cumberland, ranger of Windsor Forest. In Windsor Forest is a later work, demonstrating Sandby’s skill at moving beyond the merely topographical to the picturesque. 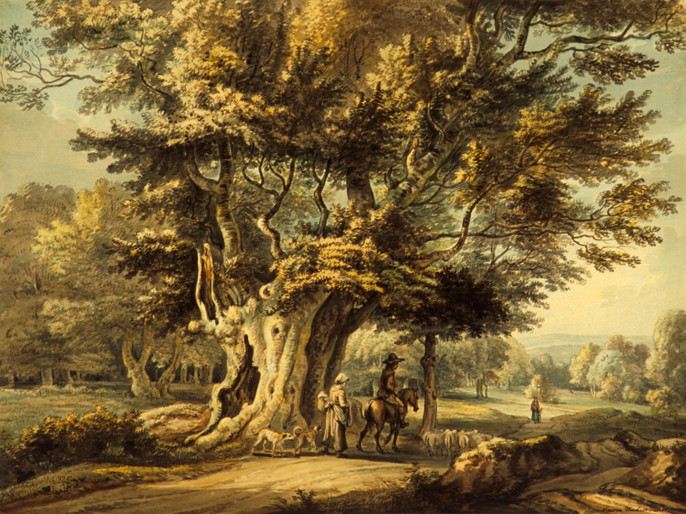