George Dartnell arrived in Canada in 1835 as a surgeon with the British army. He served briefly in Montreal and Quebec City before spending two years in Penetanguishene and three years in London, Canada West. A posting to Canada was a relatively peaceful one and Dartnell was accompanied by his family. Dartnell also saw service elsewhere in the Empire, in Ceylon, Burma, India and the West Indies. Dartnell sketched in watercolour as a hobby. His artistic output in Canada offers a unique record of early settlement, particularly because most images were carefully identified and dated. In addition to his Canadian landscapes, Dartnell produced significant topographical views of Ceylon (present day Sri Lanka). There is no evidence that Dartnell ever studied art formally, though he did make private notations from well-known articles by painters and art instructors such as John Varley, David Cox and Thomas Girtin. 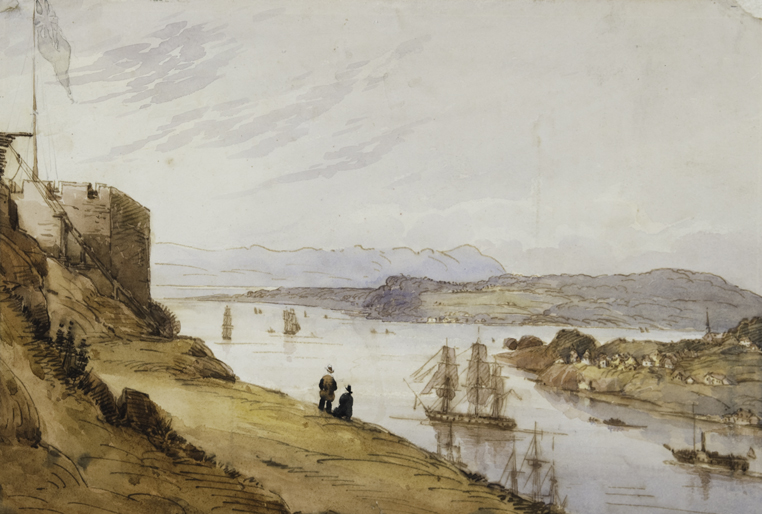