The set of drawings by Edward Charles Frome that now is held by the Art Centre is distinguished work by a British military officer. Many early views of Canada were made by British officers who were trained in drawing for reconnaissance purposes prior to the invention and convenient use of photography Frome was born in Gibraltar and raised in England. He entered the Royal Military Academy at Woolwich in 1817, and in 1825 joined the corps of the Royal Engineers. From 1827-1833 he served under Colonel By on the construction of the Rideau Canal between Kingston and Ottawa. In addition to his activities as a soldier, engineer and surveyor, Frome produced numerous pen and pencil sketches and watercolours during his posting in Canada. Made for his private enjoyment, rather than for sale, his body of work remained largely intact within the family and then with The Royal Commonwealth Society until being acquired by the Art Centre. These views of Kingston demonstrate his skill as a draftsman and serve as a valuable historical record. Frome enjoyed a distinguished career, as Surveyor-General of South Australia and later of Mauritius and as Lieutenant-Governor of Guernsey, eventually achieving the rank of General. 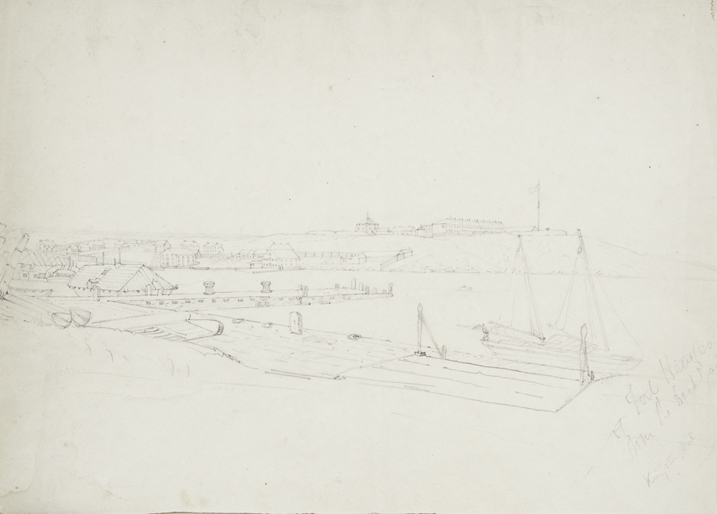