Known primarily as a humourist and satirist working in the tradition of William Hogarth, Thomas Rowlandson was also a prolific watercolourist, draftsman and etcher of landscapes, genre, portrait and sporting themes. He began etching in the late 1770s and the medium quickly became his preferred means of expression. He acquired a printing press and often published his own prints. In the 1780s, Rowlandson entered a highly experimental phase in his career, demonstrating a sophisticated understanding of the printing technique. He created a series of interpretative etchings after the landscapes of Thomas Gainsborough, combining line and soft ground etching with aquatint in order to evoke the character of Gainsborough’s chalk and wash drawings. Rather than merely using the prints as a means of reproducing these works, Rowlandson created images that are distinct in themselves. 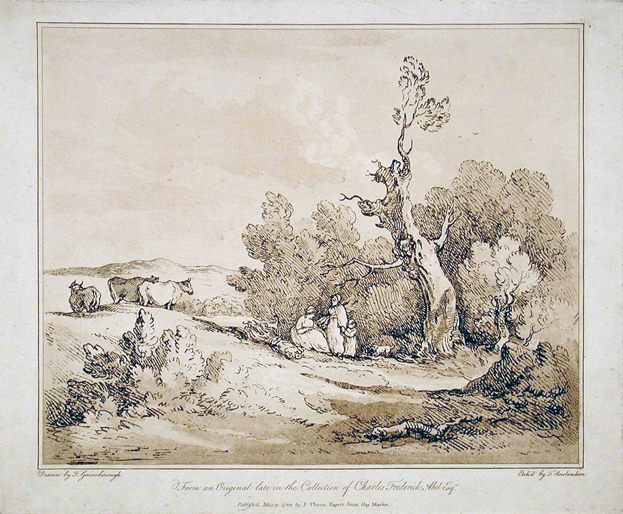