Richard Wilson was born to an upper-middle class family in Montgomeryshire, North Wales. Sponsored by Sir George Wynne, a wealthy relation, Wilson went to London in 1729 to study under portrait painter Thomas Wright. Following his training, Wilson established an independent practice as a portraitist. In 1750, he traveled to Italy and turned his attention to landscape painting. Wilson was highly influenced by Claude Lorrain and Gaspard Dughet and upon his return to London, he set up a studio and began producing Italianate landscapes for a British audience. Wilson also involved himself in the artistic community on a broader level, becoming a director of the newly formed Incorporated Society of Artists in 1765 and a founding member of the Royal Academy in 1768. In his sketches, Wilson maintained a preference for chalk over watercolour. 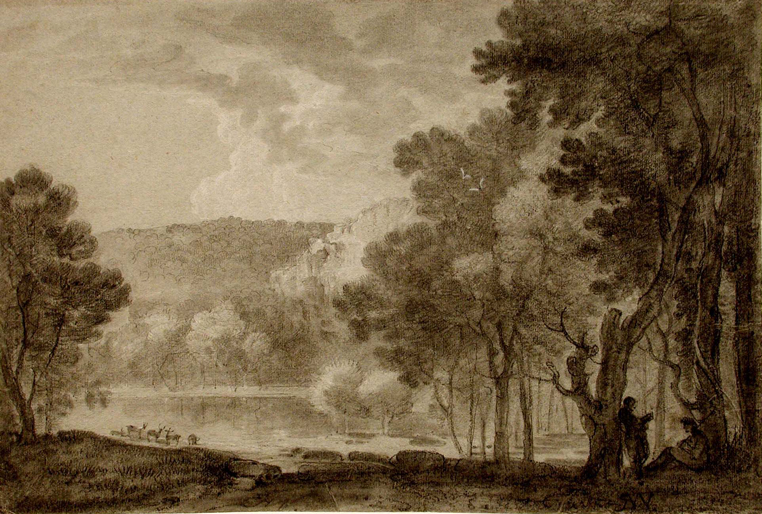