Daniel Fowler (1810-1894) was arguably the pre-eminent Canadian artist of the latter nineteenth century and one of the best watercolourists to have worked and lived in Canada. Although he lived in relative artistic seclusion on a farm on Amherst Island, in Lake Ontario near Kingston, his work was seen and admired in Canadian exhibitions and he was acknowledged by his peers. He was a founding member of the Ontario Society of Artists in 1872 and a charter member of the Royal Canadian Academy in 1880. He received medals for watercolour at the International Exhibition in Philadelphia in 1876 and at the Colonial and Indian Exhibition in London, England, in 1886. Daniel Fowler was described as, “of a kindly disposition, quiet in manner, a gentleman of the old school with perfect manners”. A gentleman born and bred, he was born in Surrey, England, in 1810 and studied in London with landscape artist J.D. Haring. He practised as an artist in Britain until his health forced him to emigrate with his young family in 1843. Busy on his island farm, Fowler set aside painting for fifteen years. A return visit to England rekindled a desire to paint and from 1858 Fowler began to address seriously the subject of the Canadian landscape as he found it in his island locale. These paintings capture a quality of Canadian landscape directly and without sentiment as few other nineteenth century paintings have. By the 1870s Fowler was producing his mature work and Evergreen and Rocks is an excellent example of his sensitivity to colour and tone and his ability to elevate a landscape scene beyond the mere picturesque. 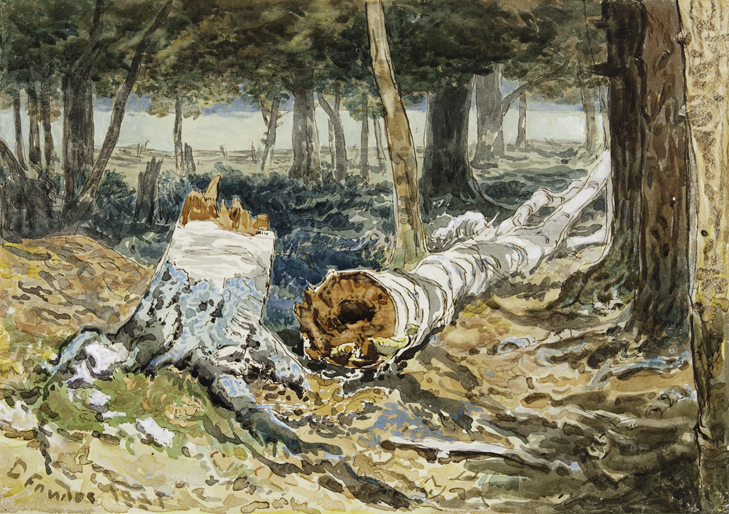