Excluding periods of international study, Jack Weldon Humphrey spent the bulk of his artistic career in Saint John, New Brunswick, the place of his birth. Like many North American artists of the 1930s and 1940s, economic constraints limited opportunities for geographical movement, a reality that saw the blossoming of many pockets of regional expression. Humphrey had extensive art training, studying in Boston at the Museum School under Philip Hale, and later at the National Academy of Design in New York, as well as spending summers at the Cape Cod School of Art under Charles Hawthorne. He also traveled to Europe, where he studied briefly at the Académie de la Grande Chaumière in Paris and at Hans Hofmann’s school in Berlin. In 1938, he spent time painting in Mexico. Humphrey became known in Canada for his landscapes, and particularly for his portraits of children. Dale Richards demonstrates Humphrey’s ability to capture the expressive qualities of his young sitters. 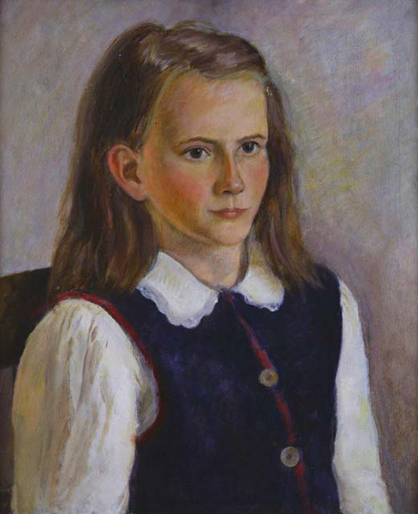