Born in Prussia, William Raphael made his living as a painter of portraits and genre scenes. He was also very active as a teacher. Trained at the Berlin Academy in Germany, he arrived in Montreal, via New York, in the late 1850s. He made his home there, within the German and Jewish communities, for the rest of his life. In 1880, he was named a charter member of the Royal Canadian Academy. Raphael occasionally painted landscapes, particularly in the 1880s, although he was never prolific. Raphael traveled throughout Quebec and into eastern Canada taking a sketchbook and working directly from nature. His work is rich in detail and demonstrates his skill as a colourist. 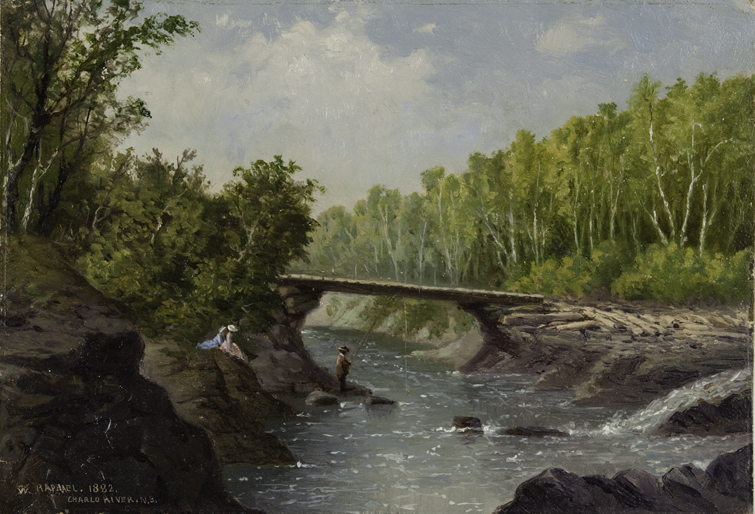