Wednesday 30 November
6°C and Heavy Intensity Rain
Agnes will open at 10:00 am today.

A pioneer of the mezzotint process, John Smith was an engraver in high demand in the late seventeenth and early eighteenth centuries. Smith engraved approximately 140 of Godfrey Kneller’s most eminent portraits, including this representation of Charles III of Spain. The brilliancy of Smith’s effects shines through this print, especially in the different textures of hair, fur and armor. Charles III’s Hapsburg lineage is underscored by the golden fleece pendant resting near the middle of his chest._ 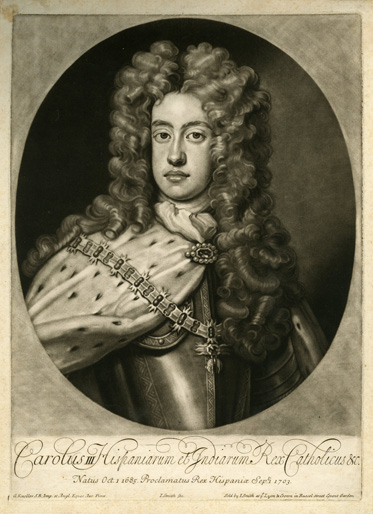