Emily Carr holds an important, almost mythic, place in Canadian art history. Her expressive paintings of the British Columbia landscape and native villages resonate with lyric emotion. Although Carr exhibited in her native British Columbia throughout the first three decades of the twentieth century, she did not receive national recognition until 1927 when she was chosen by Marius Barbeau of the National Museum of Canada and Eric Brown of the National Gallery of Canada to participate in an exhibition entitled West Coast Art Native and Modern. Barbeau had been particularly interested in her work of Native Canadian villages of 1912-1913. For Carr, who had long worked in artistic isolation, the exhibition provided her with the opportunity to meet members of the Group of Seven and she formed a particular kinship with Lawren Harris. It was Harris who encouraged her to turn to the landscape for inspiration, which she did throughout the 1930s. 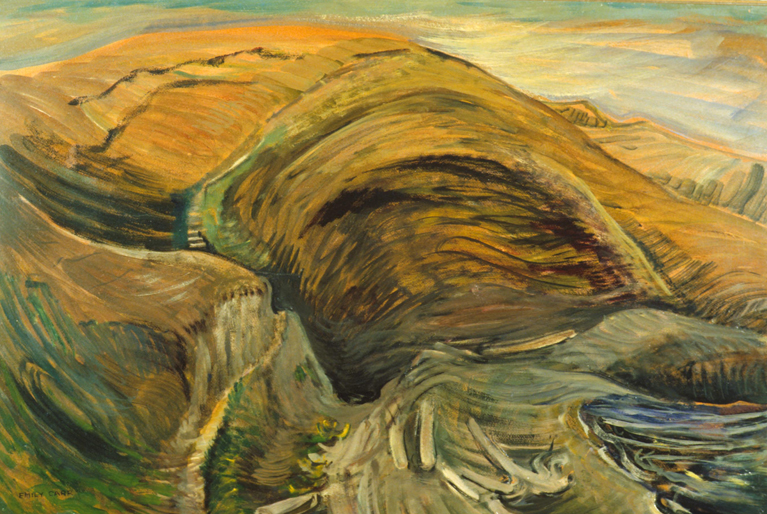