In January, 1927, an exhibition of Bertram Brooker’s work was held at Toronto’s Arts and Letters Club. The paintings were the first abstractions exhibited by a Canadian artist. It was only in April of that year that the Art Gallery of Toronto introduced the work of European modernists to Canadian audiences through an exhibition of the collection of the Société Anonyme. Brooker’s radical experimentation lasted four years, during which he produced some of the most daring and innovative work of his career. Brooker had begun painting seriously only in 1926 while living in Toronto. He was acquainted with Lawren Harris and shared his interest in the spiritual movement Theosophy. Through Harris, Brooker also became aware of the writings of Vasily Kandinsky on spirituality in art and the associations between music and painting. In 1930, Brooker abandoned abstraction, only returning to it in the mid 1940s. 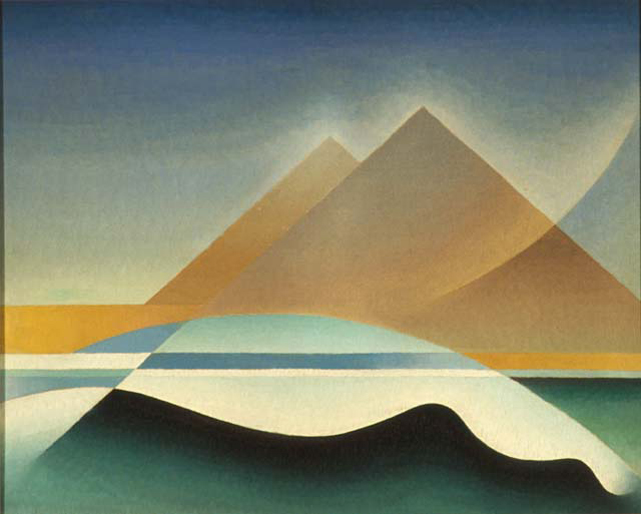