Jacopo dal Ponte, called Bassano, was the most celebrated member of a family of Venetian painters. His father, Francesco, il Vecchio, his brother Giambattista and his four sons worked together in a family workshop that came to specialize in biblical, pastoral and allegorical subjects. Commissions would have been accepted by the head of the workshop, first Francesco the Elder, and later Jacopo and would frequently be worked on simultaneously by various family members and other assistants. This work, once known as Rest on the Flight into Egypt, is now thought to depict Abraham leading his people to Canaan. Though this painting has yet to be identified with a specific member of the Bassano workshop, the congested groupings of figures and the high horizon line are characteristic of Jacopo’s work. 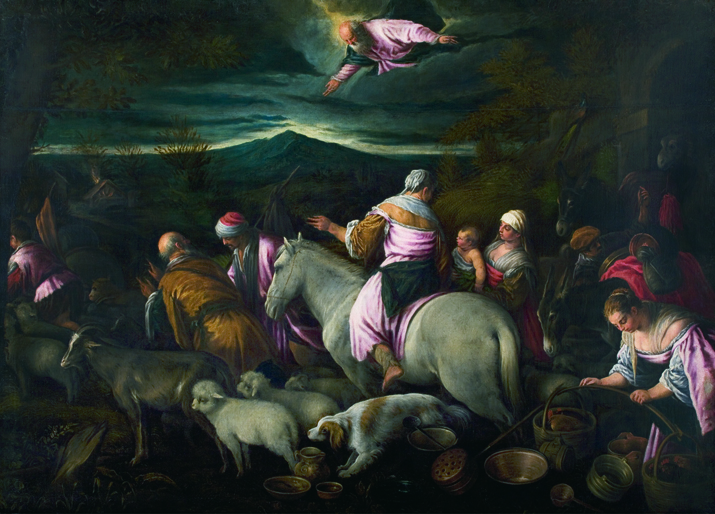