William George Richardson Hind immigrated to Canada in 1851 where he taught drawing at the Toronto Normal School until 1857. Nothing is known of his artistic training in England. In 1861, Hind was made official artist of an exploration party to Labrador led by his brother Henry Youle Hind. A Visit to Otelne in his Lodge dates from this trip and was published as an illustration in his brother’s report. Hind spent the later part of his life in New Brunswick and his watercolours were virtually unknown during his lifetime. 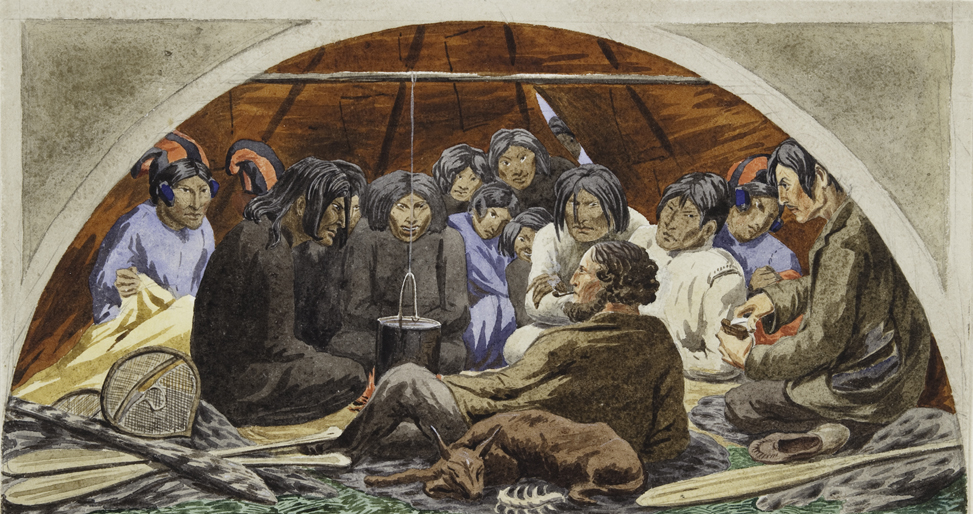