Käthe Kollwitz was born in Königsberg, East Prussia, to a family of leftist leanings. Her grandfather founded the Free Religious Congregation and was active in the Socialist Democratic Party. Kollwitz demonstrated an early interest in art and studied at the School for Female Artists in Berlin; following her marriage she settled there, near her husband’s medical practice. Her early exposure to social issues remained a driving force in her life and she based her imagery on the suffering of the working classes. In Berlin she developed an association with the avant-garde printmaker Max Klinger who helped convince her that the graphic arts were best suited to illustrate these darker aspects of humanity. Kollwitz’s images are characterized by expressiveness and great sensitivity for her subjects, achieved through strategic distortions and exaggeration of forms. A Man and a Woman Pulling a Plough, in which humans pull a plough like animals, is from a series entitled The Peasants’ War, in which Kollwitz depicts the injustices against the labouring poor. 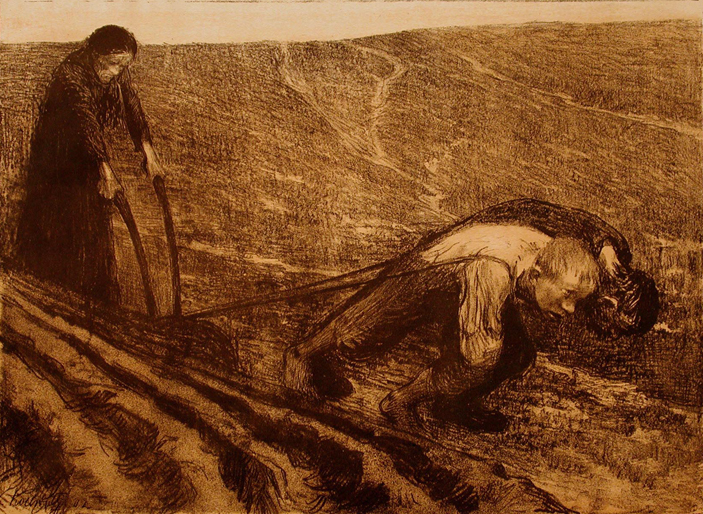