Lieutenant Fisher accompanied Prince Edward, Duke of Kent, as an aide-de-camp on his posting to Halifax in 1791. He also served in the West Indies and at Gibraltar, eventually achieving the rank of major-general and a knighthood. His view of a boatmaker’s yard located near the west end of the Île d’Orléans, opposite Quebec City, is typical of work produced by military officers in its clarity and topographical accuracy. 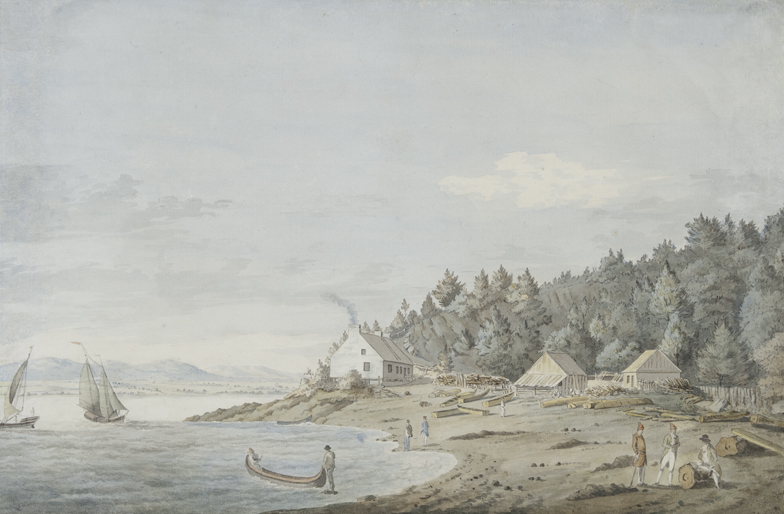