Frank Nulf is one of several artists who, in the 1970s, turned to drawing, not as a preparatory tool, but as a vital and sufficient form of expression. In his view, drawing is a medium that offers intimacy, immediacy and personal revelation. Nulf’s drawings reveal his brooding preoccupation with the dark side of the human condition. He works in series, developing a theme over the course of several works. The floating boxes, at times wrapped in shrouds, evoke the mysteries of mortality, with their indeterminate, shifting emanations of light. The coffin-like forms float in defiance of gravity, conjuring a liminal state between being and not being. The precise geometries and disciplined marks of the floating box series distinguish these works from the shadowy and fragmenting biomorphic images that dominate Nulf’s oeuvre.Nulf was born in Lima, Ohio and holds degrees from Arizona State University, Michigan State University and the University of New York. In 1969 he was appointed Dean of Fine Arts at the University of Regina, a position he held until 1987, when he settled in Sydenham, Ontario. 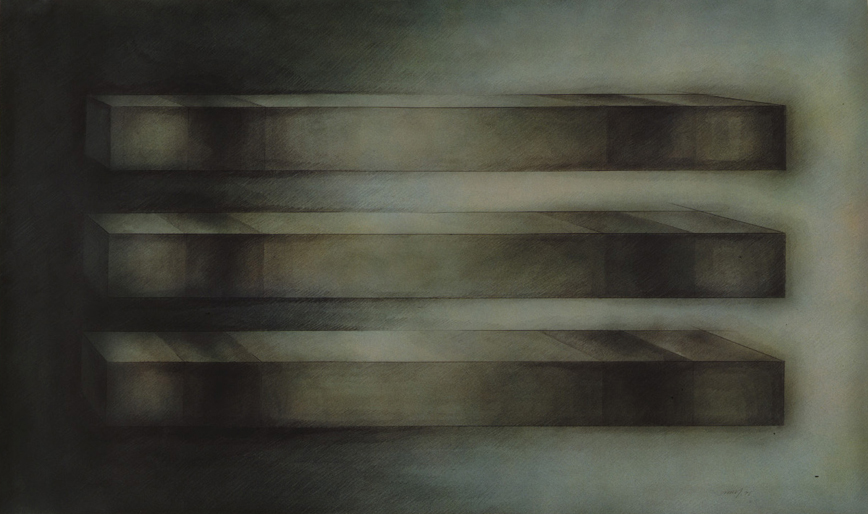